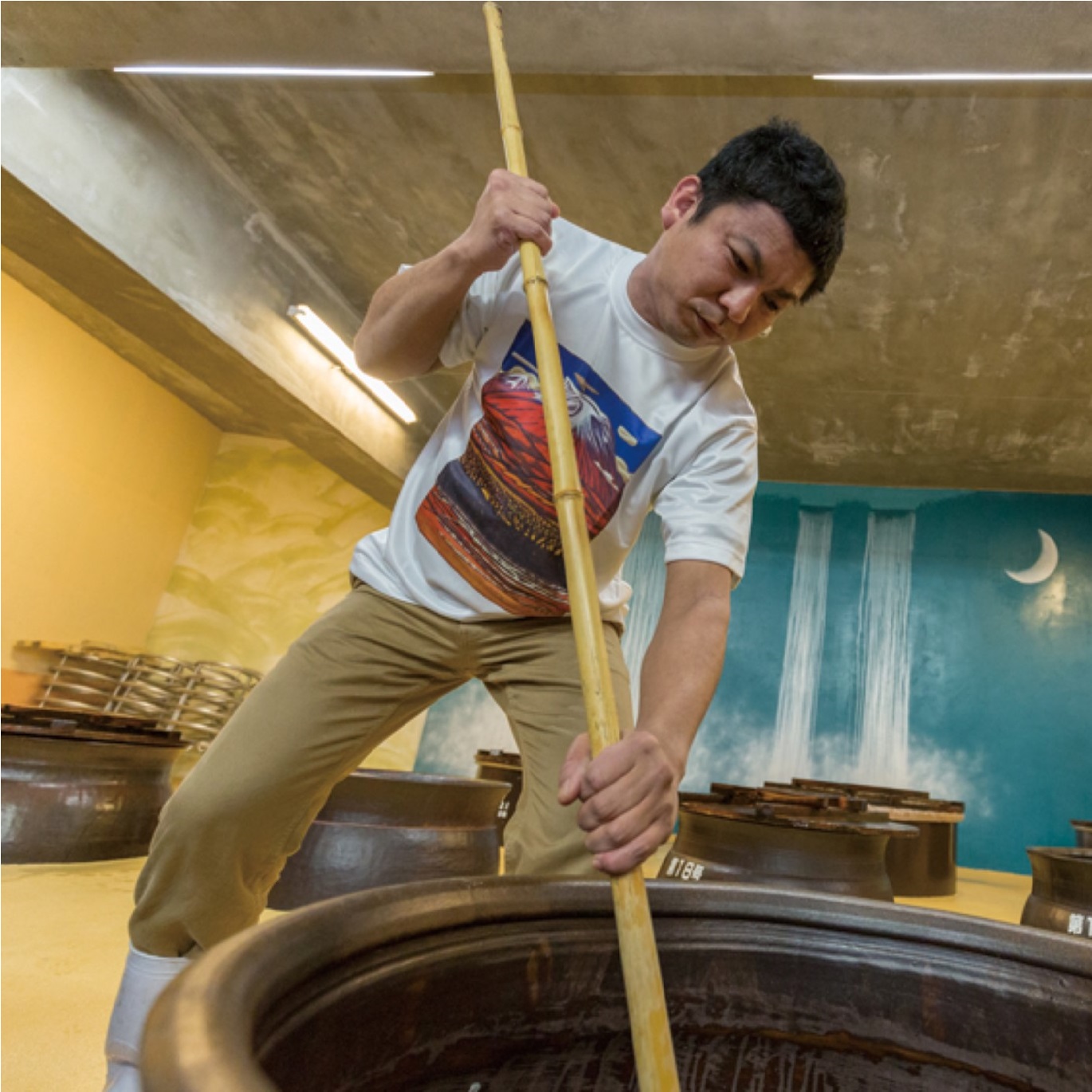 Sato Shochu Seizoujo is a shochu distillery in northern Miyazaki prefecture, Nobeoka city. Nobeoka city flourished as a castle town and is also famous as the home for Japanese mythology. Sato Shochu Seizoujo unveiled their distillery in 1905 when village councillor, Mr. Matsutaro Sato delved into his relative romanticism in producing authentic shochu on the banks of the revered river Houri, integrating local community and its cultural climate.

The distillery is not only blessed with a narrative history but also serves rich in natural resources. Nobeoka city sits on the river Houri, the place which Hourinomikoto, a God in Japanese mythology allegedly took his first bath soon after he was born. Making outstanding shochu takes astonishing attention to water as well as choosing perfect resources. The distillery selects the finest two-rowed barley from local farms, later hand-processing to create exclusive wheat malt.

Sato Shochu Seizoujo believes in passing on Japanese traditions to the next generation of brewing artisans, to keep on producing bona fide shochu that can continue to forge a new era.

Sato Shochu Seizoujo is an innovative distiller that continuously makes skills and technology progression, all for the goal of delivering premium shochu to the world. In the early years, Sato Shochu Seizoujo’s shochu was prepared in a wooden barrel that was processed inside a helmet-shaped cauldron distiller. After the introduction of the Sato type distiller by fourth generation Kuramoto, Mr. Junji Mizue, a sustainable production of high-quality, crispy, and dry shochu with a sweet aroma was made possible. During the Japanese economic growth period, Sato Shochu Seizoujo also went through major transformation, brushing up craftsmen’s skills and technique as well as updating the distiller’s machineries.

From such efforts, the distillery became the first producer in the world to deliver shochu made from chestnut, followed by their finest full-scale barley shochu “Ginno Mizu”, which literally translates to Silver Water, and their iconic authentic barley shochu, “Ten no Kokuin”. In 2020, “Ten no Kokuin” landed onto the Antarctic continent together with the 61st Japanese Antarctic Research Expedition team to serve as a pleasant nightcap during their ice-cold trip. Mr. Takao Koga, the fifth generation Kuramoto was at the helm of this quest.